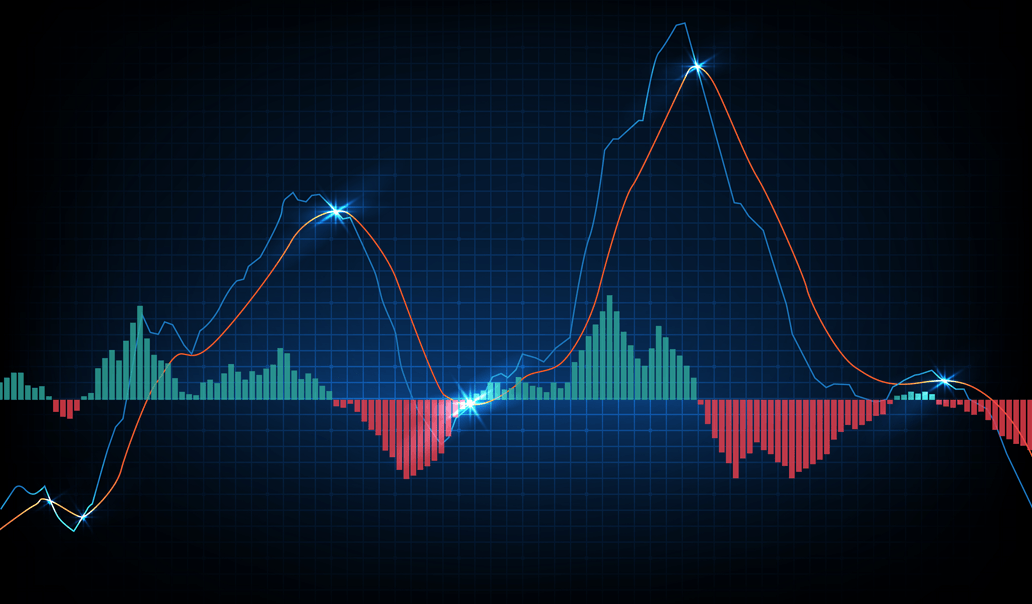 How to Use the MACD Indicator

Spotting potential price trends depends on more than intuition or luck. Traders rely on research and indicators to help identify trends as early as possible.

The Moving Average Convergence Divergence (MACD) indicator can help with that. Invented in the 1970s by Gerald Appel, the MACD can reveal changes in the strength, direction, momentum, and duration of a trend in a security’s price.

Pronounced “mack-dee” (though sometimes “M-A-C-D”), the MACD indicator can help investors try to forecast the ways a stock might perform based on its current data and past movements. Keep in mind, past performance does not guarantee future results.

What Is the MACD Indicator?

MACD is an indicator that can help investors estimate trend direction, reversals, and momentum. MACD tracks the difference between a fast moving average and a slow moving average for a security’s price. Traders use this technical indicator to potentially identify trends, whether they are bullish or bearish.

A moving average is a technical indicator for smoothing out price trends by filtering out the “noise” from random short-term price fluctuations.

Convergence happens when the moving averages move towards each other.

Divergence happens when the moving averages move away from each other.

Reviewing the MACD indicator includes the MACD line and the signal line over a histogram, which is a bar graph that represents the data. 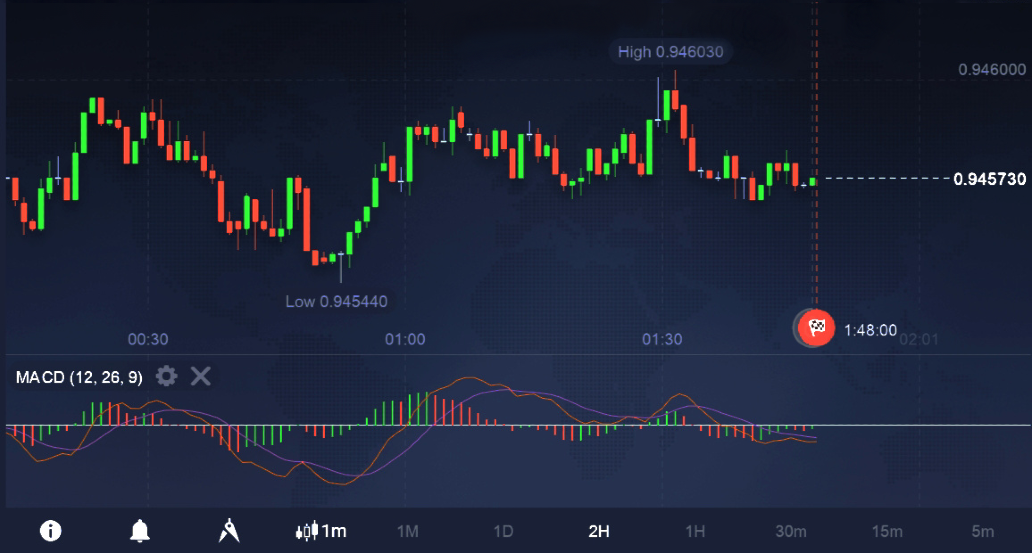 How Do I Calculate MACD?

Investors commonly use these periods for the moving averages, though they can be customized to different periods:

The MACD turns these two EMAs into a momentum oscillator by subtracting the longer moving average from the shorter one. This then represents the MACD line on a histogram.

How Does the MACD Work?

MACD oscillates above and below a center line, and its direction can suggest the security’s potential movement.

However, there are some limitations to this. As a centered oscillator, the MACD does not have any upper or lower limits to its range. Because of this, the MACD doesn’t provide precise overbought and oversold readings.

What Are the Pros and Cons?

MACD can help traders detect trends and recent momentum in a security’s price. It can suggest potential “buy” and “sell” signals to investors, which they may consider when deciding to enter or exit a position.

Another advantage of the MACD is it can be a relatively simple indicator. Investors can pair the MACD with other technical indicators for a more comprehensive analysis.

One common complication is when the MACD signals a possible reversal, but then no reversal happens; this is called false positive divergence. On the other hand, the MACD can sometimes fail to signal reversals that do occur. Moreover, this indicator might signal a potential reversal, but it doesn’t tell traders when that reversal may happen. Investors should remember the MACD only signals possible reversals, not guaranteed forecasts.

Moving averages are lagging indicators, meaning they measure the change in a security’s price over a period of time that has passed. Therefore, they may be late giving signals; when the fast moving average crosses over the slower one, the price direction may have changed several days ago. By the time investors see a buy or sell signal, they may have already missed some gains.

As the data lags, the security’s price may whipsaw several times before the indicator can establish price trends. This can be especially difficult for investors during a volatile market, when unpredictable price action inhibits the MACD’s ability to identify momentum.

The MACD is less useful for long-term traders and investors, since the longest period it includes is a 26-day period. The MACD may be more advantageous for short-term traders.

Finally, the MACD is not efficient without other technical indicators, such as the relative strength index (RSI).

Read Next: Price to Earnings: What the P/E Ratio Says About a Stock (And What It Doesn’t)

5 Key Components for Your Trading Plan